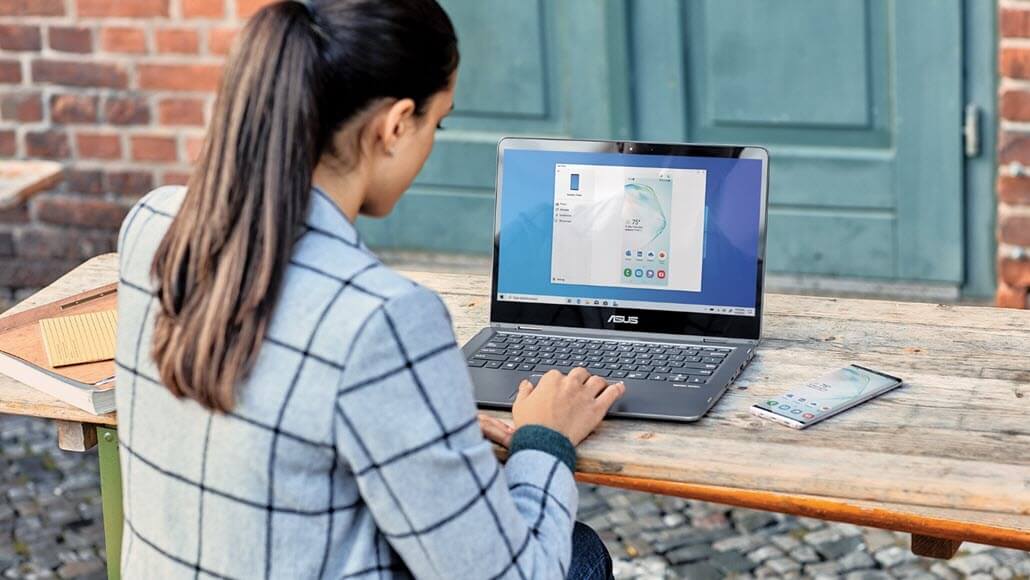 Back in August, Microsoft and Samsung shared a vision of productivity for the future at their Galaxy Unpacked event in New York City. The announcement that the new Samsung Galaxy Note10 phones would include native integration with the Your Phone app via the Link to Windows feature was especially exciting for the Your Phone team. Recently, we released the Calls feature, a top Insider request, which lets you make calls on your PC.

If you’re new to the app, the Your Phone app brings you instant access to your Android phone’s apps, notifications, texts, and photos on your PC.​ No need to dig for your phone to check notifications, schedule a ride to the airport, or even text. And you can finally stop emailing yourself photos. (Check our support page for setup tips.)

So how has the Your Phone app gotten to where it’s at now, and how are Windows Insiders helping us determine what’s next? Let’s take a look!

Insiders get a first look

We originally introduced the Your Phone app to our Insider community in a Windows 10 Insider Preview Build last August. At the time, the app was focused on photos. Android users could drag and drop photos from their phone to PC and then copy, edit, or ink on a photo, right from their PC.

For this initial launch, the plan was to roll out some basic preview functionality to Insiders, iron out bugs, then release to the general public. But would enough of you use the app to give us the feedback we needed?

It turned out that we had nothing to worry about. You jumped at the opportunity. Even better, you tried the Your Phone app across a huge variety of devices. This quickly gave us the real-world data we needed for a broader rollout. A few weeks later, we released the app publicly with the Windows 10 October 2018 Update.

The team continued to move fast. Shortly after our first public release, we were ready to introduce another cool, new feature to Insiders: the ability to view, send, and receive SMS text messages from your Android devices to your computers. Better yet, you could give your thumbs a break and text from a PC using your keyboard, pen, or even dictation.

Texting also happened to be a top Insider request. Based on our many feedback channels, you loved the new feature and wanted even more! Top requests included support for multimedia (MMS) messages and emojis. You also wanted the option to reply inline to text messages directly from a toast popup notification. We got right down to work, adding in all this and more, which you can now find in current versions of the app.

Along with text messages, Insiders were also interested in seeing their Android phone’s notifications on their PCs. Done! What’s more, we set it up so you could control and manage exactly which apps you wanted notifications from.

Another top-requested feature: mobile data sync. Before this update, a mobile device would need to be connected to a wi-fi network to sync data using the Your Phone app. Now, users can sync photos, messages, and notifications over mobile data as well.

Your Phone hits the big screen

As we fine-tuned the app, we had another exciting new feature up our sleeve with Phone screen. You can use Phone screen to mirror your Android phone’s screen directly on your PC, giving you access to your apps while using your keyboard and mouse or touch screen.

Phone screen was a particularly complex feature, so we decided to roll it out gradually. This gave us time to address bugs along the way and bring you an even better experience.

For example, we heard from some Insiders that there were issues with the speed of the connection on certain devices, specifically with gestures between the PC and phone. Great feedback! Today, we have a much more responsive experience.

We also heard loud and clear that you wanted support for more devices. Shortly after launching Phone screen, we announced Phone screen support for even more Samsung devices. (By the way, Note10 is the first device to introduce the Phone screen feature natively. Note10 users will be the first to try out multi-touch gestures, such as pinch to zoom, rotate, or swipe from their PC’s touchscreen while using Phone screen. Other devices are set to follow later in the year.)

Answer phone calls on your PC

One of the top-requested features by far from our Insider community has been the ability to make and receive mobile calls directly from you PC. We first announced that we were working on this at the Samsung Unpacked event, and now it’s available for Insiders to try!

The Calls feature is available on all Insider Preview builds in the Fast (20H1) and Slow (19H2) rings. It’s also available to Insiders on the latest, public release of Windows 10 Version 1903 (Build 18362.356 or newer). Just sign into the app with the same Microsoft account that you used to register for the Windows Insider Program. Check these setup tips for more details. 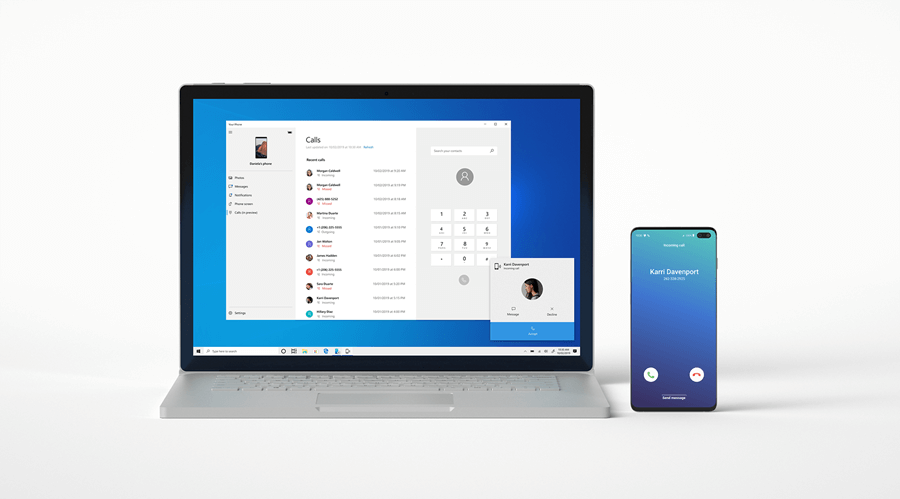 Many Insiders don’t realize just how closely engineering teams like ours check your feedback. We’re always monitoring your feedback to produce regular reports that help shape and prioritize our product’s roadmap.

It’s also worth noting that your feedback comes in from around the world, in multiple languages. This has been particularly important for the Your Phone app as we continue to build support for many device cases, like dual SIM devices, an update driven by feedback from Insiders in Europe.

Now that you know just how influential Insider feedback can be, we hope you’ll keep bringing us your insights and suggestions in the Feedback Hub. Please also make sure to tell us which mobile device you’re using when leaving feedback. This will help us develop even more features built for your specific needs—for an even better Your Phone app experience.