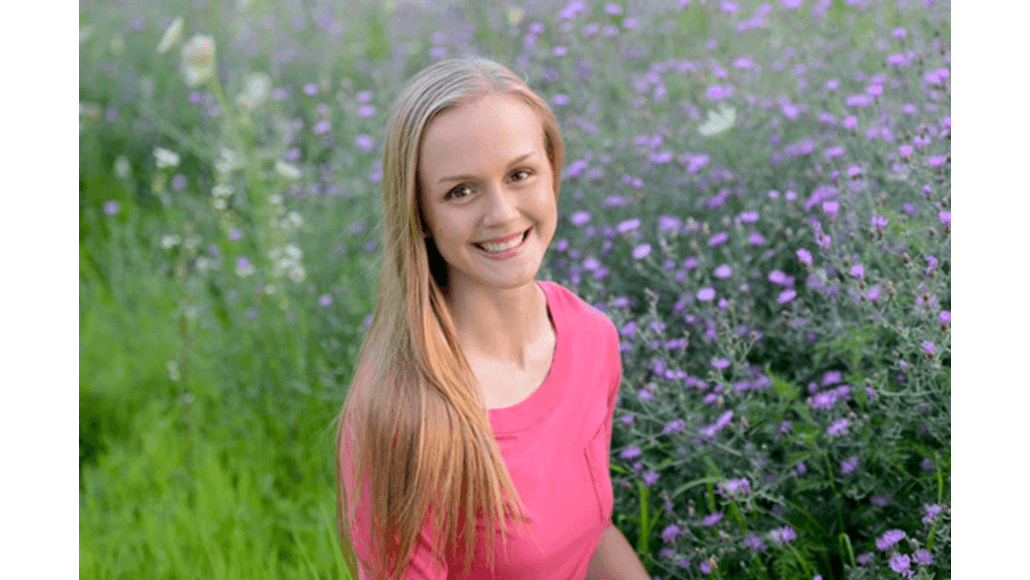 At the age of 15 months, Rebecca Houston couldn’t speak. One speech pathologist believed that she would have a lifetime of difficulty communicating, but a specialist at the University of Iowa was finally able to make a correct diagnosis. Rebecca had a swallowing disorder, combined with severe apraxia, a motor speech disorder that makes it difficult for children to speak.

Today, Rebecca is a first-generation college student and one of our 2018 Grace Hopper Awardees. Few people would guess that Rebecca’s journey toward beating her diagnosis involved many years of hard work, speech therapy, and help from incredible doctors.

“Through my education and personal experience with a speech disorder, I came to realize that what I want to do is help others communicate,” Rebecca said. After receiving her first B.S. in health sciences, she is majoring in communicative disorders and deaf education at Utah State University and is fascinated by the ways that technology can play a role in giving people a second chance to communicate.

The ways that people can communicate nonverbally are an important part of communication therapy. These methods, such as gestures, sign language, or using a computer to speak, fall under the umbrella of augmentative and alternative communication (AAC). While interning at the Mayo Clinic’s Speech Pathology Division of the Neurology Unit, Rebecca saw how AAC technologies, such as eye gaze software and text-to-speech assistive apps, could change the lives of people with ALS.

“I was able to see firsthand how AAC technology could change the lives of people who couldn’t move their limbs and had paralyzed vocal chords,” she said. “Helping someone use a Tobii Dynavox or download an app on their phone, so that they could communicate, was a profound experience. For patients who were terminally ill, restoring their ability to communicate with caregivers and loved ones—when they thought that option was gone forever—was a huge improvement in their quality of life. Being a part of that really made the work so worth it.”

Rebecca would like to see more AAC technologies become available for a variety of speech therapies and to have them become more accessible through increased awareness and lower costs. “I didn’t have assistive technologies as part my therapy growing up, but it’s an enormous part of treatment in this field,” she said.

She also wants people to know that there are speech disorders that may not always get diagnosed, and with better diagnoses, more people might get the help they need. “Most people, when they think of communication disorders, often focus on autism or cerebral palsy,” she said. “But there are so many kids that have a swallowing disorder. Speech disorders can be sort of invisible.”

Along with increasing awareness about speech disorders, Rebecca is interested in the ways that the experiences of people with disabilities can be better incorporated into the design of technology.

As part of winning our Grace Hopper Award, Rebecca attended the Grace Hopper Celebration, the largest gathering of women technologists in the world. There, she was inspired by a talk on accessibility and inclusion in technology and how forward-thinking tech companies are beginning to “bring people with disabilities to the table and give them the space to have that conversation.” (Check out Rebecca’s blog post for more on her experience at Grace Hopper.)

Rebecca will be also be visiting Microsoft Headquarters this spring for mentoring. In the meantime, she’s finishing her degree and working with Somali refugees and immigrants, a community that’s disproportionately affected by autism. On top of that, she’s adding a little more self-care into her regimen.

“As a college student, I’ve often put my personal health on the back burner,” she said. “It’s hard, because I always feel like I need to do more. But I wrote a Post-It note on my bathroom mirror: ‘In order to help others, you need to be your best self.’”