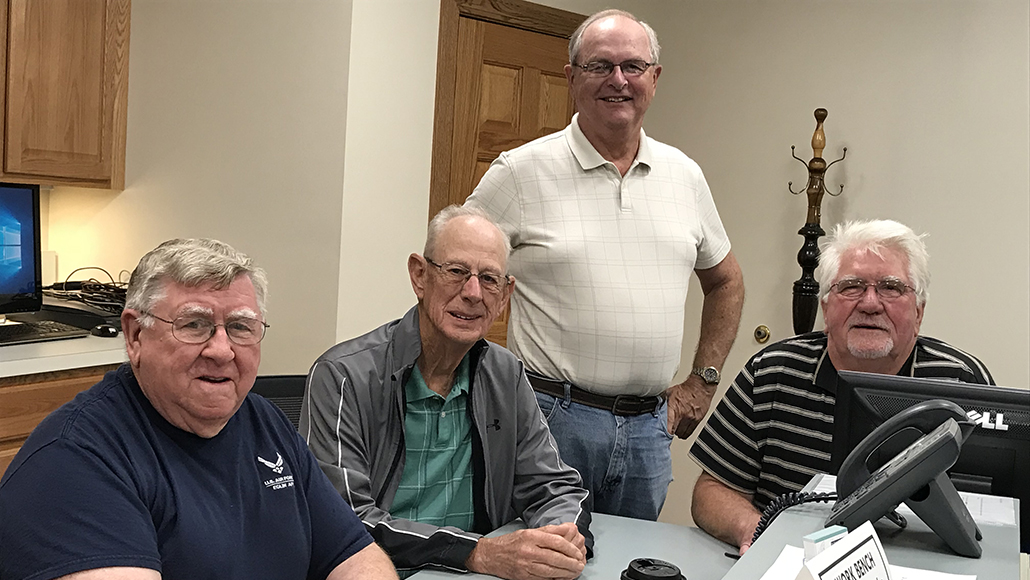 Thanks to these Windows Insiders, seniors are building confidence and skills with computers.

In southern Michigan, a charming town called Coldwater is known for its apple and strawberry festivals. But one of the hottest spots isn’t in a guidebook — it’s the local Senior Center where up to 70 seniors come together to talk computers and Windows twice a week.

Led by Bob Betts, a Windows Insider, and his team of volunteers, the computer club offers an open forum for fellow seniors to ask questions and learn new skills — for example, how to backup photos or use Office 365. There’s also a class for Windows beginners and a tech lab where seniors can get help with hardware or software problems. And, it’s all free.

After retiring from a 30-year Air Force career working in IT management at the highest levels, Bob started the senior computer club in the late 1990’s with five attendees. “It is now 2017, I am now 77, and I still can’t sit at home and just wait for the day that it’s time to put me six feet under,” he says. “I’ve got to stay busy. Working with the seniors and teaching computers and Microsoft Windows has been a godsend to me. It’s very gratifying.”

Along the way, Bob recruited more volunteers for his team, including fellow Windows Insiders like Rock Rockhold, age 79, who “works the streets” making house calls and bringing computer help to community members who are disabled or unable to leave their homes. There’s also Don Thrasher, age 72, a retired network expert, and Gordon Swan, age 68, an Air Force veteran and retired high school physics teacher. (“We got Gordon in here, and we won’t let him out,” Bob laughs. “The only way he can get out of the computer lab is he’s going to die.”)

Humor is a big part of taking the fear out of computing. For the seniors who come to the center, overcoming the anxiety of making a mistake and permanently harming their computers is one of the biggest hurdles.

“You try to take the fear away from them,” Bob explains. “‘Don’t be afraid of the computer. It’s fixable.’ And you try to teach them the right ways to go about things when they do have a problem. In our classes, it’s not just ‘sit down, listen to me, and this is the way it’s going to be.’ We interact. We have fun. There’s a lot of laughing.”

Between viruses, malware, and issues caused by well-meaning family members, computing for seniors can be somewhat of a minefield.

“We straighten out many senior’s computers that were messed up by ‘my grandson who is a wiz,’” Bob says. “The kids have no fear. They’ll turn off Windows Defender to download a game, forget to turn it back on, and then leave Grandma with her computer with the gates open. Pretty soon Grandma brings it here to the computer lab to get it cleaned up.”

Other issues include phone and phishing scams and hijackers who demand money from unsuspecting seniors. “I’ve had people pay as much as $300 or $400, thinking that Microsoft was the one that called them,” Bob says.

“Most of them won’t even admit it,” Rock adds. “They just bring in the machine with a red face.”

Falling victim to a scam can be a devastating event, especially for seniors on a fixed income. That’s why Bob and his team pride themselves on helping seniors become savvier with computer security. They even educate seniors on how to shop for tech. The club is so effective that the salesmen at Best Buy know when they’re dealing with one of Bob’s students.

To this day, the club is operated through donations only. “The reason is because there’s a lot of seniors out there that can’t afford groceries, gas for their car, or their medicines,” Bob says. “And we want to take care of all seniors.”
“They always want to pay, but we don’t accept pay, just donations to the club,” Rock adds. “But I might sometimes end up with some pies or breads. They can’t stand not to give you something.”

The team emphasizes that anyone who wants to start a senior computer club can do it. While Coldwater is fortunate to have great internet connectivity, the key ingredient to the computer club is heart.

“You just need a core group of people who want to give their time to make it happen, who are willing to share what they know,” Gordon says. “We’re a little cow town out here in the middle of Michigan. But I’ll bet our seniors are pretty intelligent when it comes to using their computers. They’re more knowledgeable than they know.”