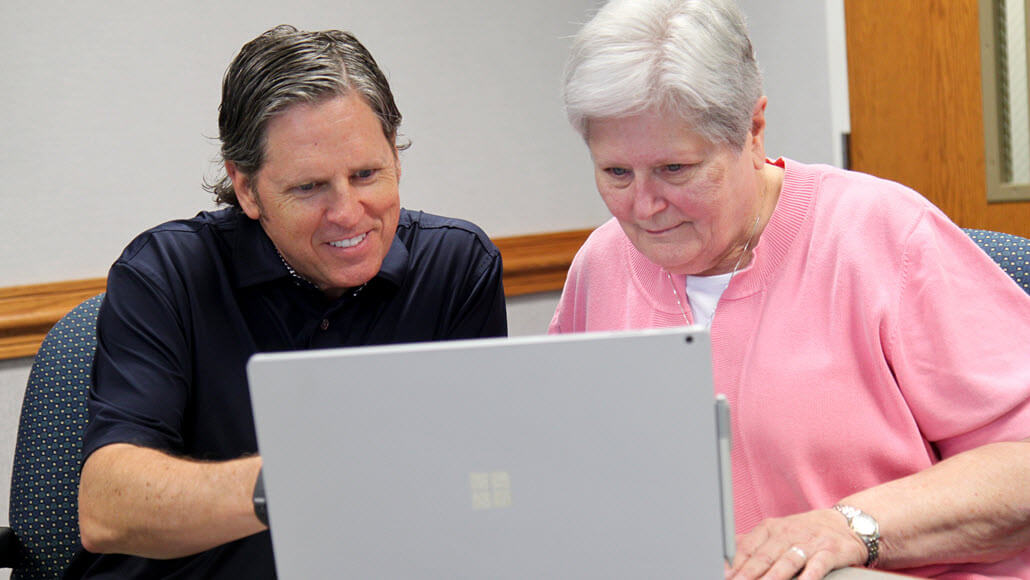 As an IT professional, Bart Blocker helps protect the nuns of the Sisters of Mercy of the Americas, a religious institute of Catholic women dedicated to helping people who are suffering from poverty, sickness, and a lack of education. The Sisters serve through health care, social services, and ministries to assist those in harm’s way, including women and children who are victims of violence and human trafficking. As the director of IT for two of the organization’s major regions, Bart works to keep the nuns safe from a different kind of danger—phishing schemes and ransomware.

“In doing their great work, the Sisters often assume the best in people,” Bart said. “But when it comes to nefarious emails, they have to be extra careful. My job is ensuring that the organization’s 800 Sisters, and about 700 lay employees like myself, are empowered with technology that is easy to use, convenient in the field, and safe.”

Harmful phishing schemes are on the rise everywhere, and hackers can see nonprofits as the perfect targets. Data breaches and ransomware can cripple a nonprofit, which typically has fewer resources than large enterprises. With an organization like the Sisters of Mercy, the security environment is complex since many of the employees work remotely across 20 states in the U.S., Guam, and Jamaica.

Many of the Sisters are highly educated and have earned multiple doctorates and master’s degrees, but they also have different levels of skill with technology. The average age of the nuns is 79 years old, and sometimes moving to the latest tech can be a long process that needs detailed documentation and individual training. All of the nuns in active service are already using Office 365 and videoconferencing like Skype for Business to get the job done. Many are also in the process of switching to Microsoft Teams.

Bart is an active Windows Insider and constantly stays aware of new developments that might help his mission to support the Sisters’ work. He’s proud of the organization’s early adoption of Office 365 and the cloud. “We’re now advancing the skills beyond just email and SharePoint,” he said. “We’re really pushing OneDrive now and training the Sisters to not have to use flash drives, which eliminates another vector for potential security problems.”

Bart began his career in finance more than 25 years ago. He mostly grew his tech skills through self-teaching and learning on the job, leading network infrastructure and IT systems for banking and a variety of other industries. Then the 2008 global recession hit, and Bart was laid off from his director position at a global logistics company.

A few weeks later, a former coworker offered to pass his resume onto the religious organization. Since Bart isn’t Catholic, he wasn’t sure what to expect. What he discovered was an incredibly dedicated group of women with a lot of experience and a passion for helping others.

Also, the Sisters haven’t worn religious habits since 1969. “You could be sitting by one at a restaurant—which is realistic, as they are very active in the field—and you probably wouldn’t know it,” Bart said.

“Looking back on my last ten years here, this has by far been the best job I’ve ever had,” Bart said. “It’s easy to get behind what the Sisters are about. Their five critical concerns are women, immigration, non-violence, racism, and the earth. Like the other lay employees here, I want to do something good that helps the Sisters in their mission. That makes it really easy to come into work every day.”