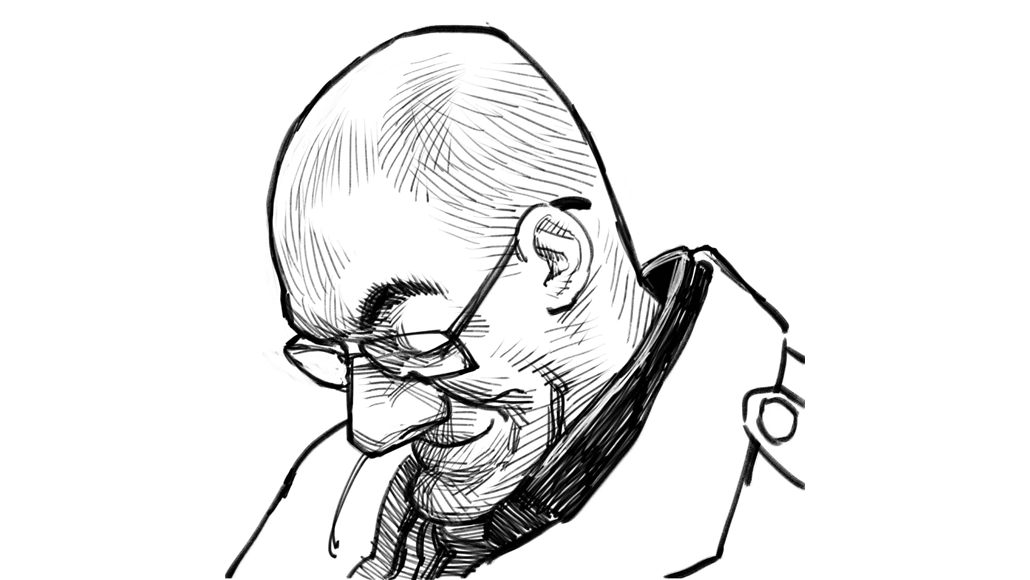 Hamilton, a computer programming teacher at the Academy of Art in San Francisco, has been drawing from a very young age. He started off copying drawings in comic books as a kid, and by the time he was 16, he was working professionally as a caricature artist in theme parks.

Now, he uses that same skillset to create quick, 15-minute caricatures of people on his commute. And while he started in sketchbooks, these days, you’ll usually find him drawing on his Samsung Galaxy Note 5 or his Microsoft Surface Book 2, trying out the newest software.

“The tools are there now. Once I finally [drew] on the Samsung Series 7 Slate, I knew there was no going back,” Hamilton said. “To this day, people look at me with wonder when I tell them I’m drawing on my phone.”

In March, the book Rapid Transit, which is composed of some of his thousands of BART drawings, was released, but he says the fact that people have taken to his drawings has really just been a plus. “I suppose it’s less of a project, and more of my practice,” he said. “Practice is the project.”

“It keeps my brain active. Drawing on the San Francisco BART keeps my caricature skills honed. And drawing on my phone means I can draw anywhere,” he says. “Drawing keeps my fingers moving and my mind from being idle.”

He also uses his reach on Instagram and YouTube to teach others about drawing, especially on screens. “I like to share knowledge, process, and just generally put out into the world one more way of doing things,” he says.

His advice to budding artists? “Practice. But don’t just draw. PRACTICE. Improve. Get weird. Do something new… Throw some dirt on a wall. Try digital. Try something uncomfortable,” Hamilton says. “Don’t put off a new medium [because] it’s hard, and don’t think you need the best tools to try.”