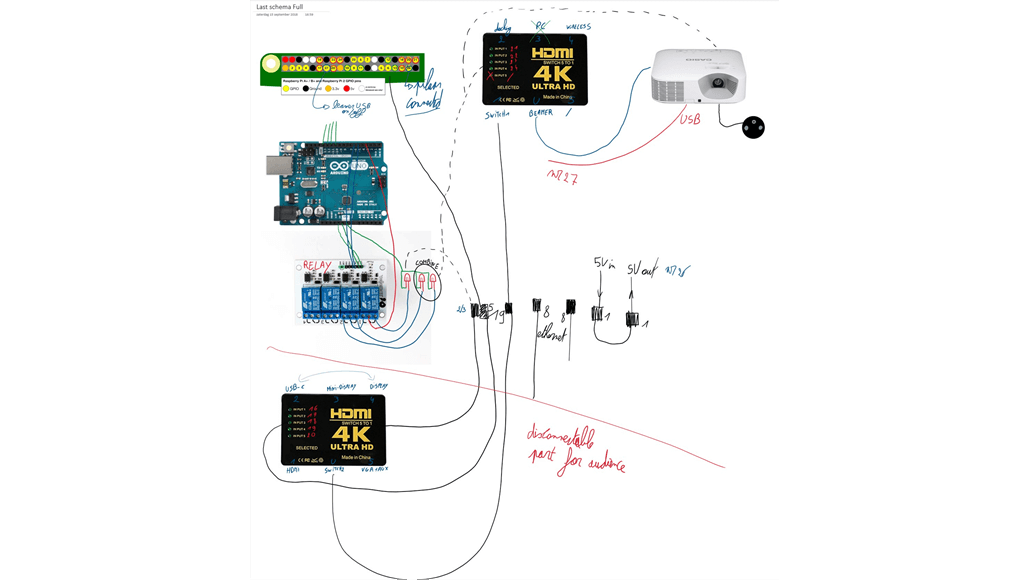 Nothing will stop Martijn Dendooven, a Windows Insider from Belgium, from pursuing his passion for tech. Currently 18 years old, he began teaching himself coding when he was 15 and successfully got his high school to add computer science courses.

He focuses on solving problems with technology, and he’s currently working on a project that will help teachers manage the audio-visual system in his high school’s auditorium.

“Every time teachers wanted to use the projector, they struggled with changing the source,” Martijn said. “There were many devices connected to an old-fashioned VGA switch, and it was a difficult system for switching between different devices. So, my idea was to create something to make it easier.”

Rather than ask teachers to connect and disconnect their devices and manage multiple cords and ports, Martijn wanted to create a solution that would let them use a simple interface to choose a device. With the help of Visual Studio, Martijn coded an app and put it on a Raspberry Pi, a tiny, single-board computer.

He then booted the Raspberry Pi with our Windows 10 Internet of Things (IoT) Core and connected it to an Arduino microcontroller, which lets an infrared signal turn on the projection system automatically.

With Martijn’s solution, devices can be connected to the projector with a VGA port and the docking station, HDMI, (mini) DisplayPort, USB-C, or even Microsoft’s Wireless Display Adapter. He’s still troubleshooting the most ambitious part of his project, a touchscreen to control the auditorium’s light and sound that will make the whole experience seamless.

While Martijn just graduated and is studying industrial engineering in college now, he’s still working with his high school to launch his smart auditorium solutions.

As a Windows Insider, he’s also spending his time completing quests and helping teachers post their feedback on the Feedback Hub.

So what are his plans for the future? Fascinated by the interaction of hardware and software, he hopes to end up in technology. “I want to work at Microsoft for the Surface team, » he said. « Creating new Surface devices would be so cool.”