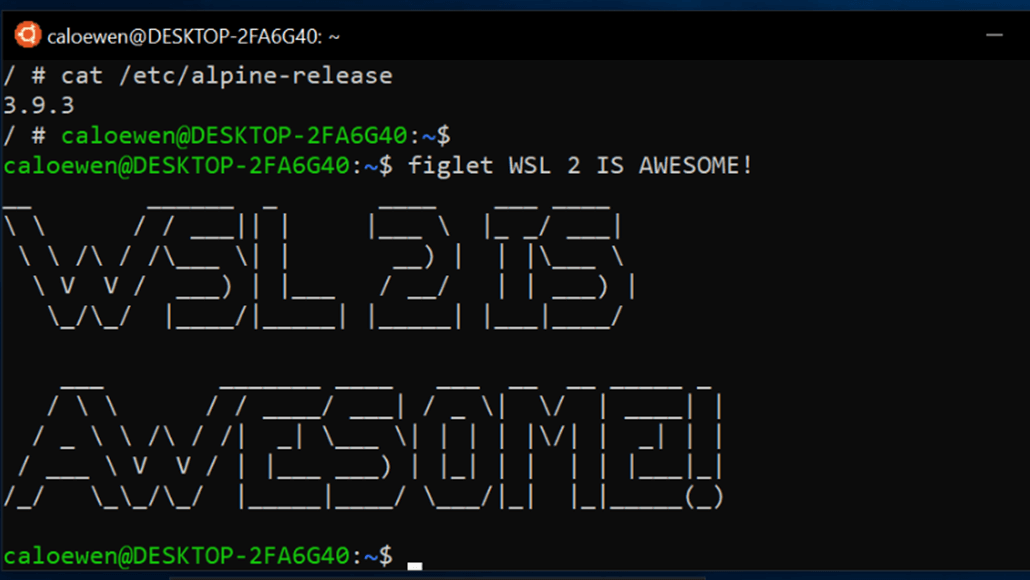 Hello from the Windows Subsystem for Linux (WSL) team!

Way back at Microsoft Build 2016—our premiere developer conference—we introduced the world to the Windows Subsystem for Linux (WSL). This was particularly exciting news for web developers. Before WSL, developers had to switch back and forth between these platforms. Now, they can use the rich Linux developer ecosystem and tools alongside the great tools they were already using in Windows, without having to boot into another operating system or VM.

We first introduced WSL through the Windows Insider Program, starting with the release of the Windows 10 Insider Preview Build 14316. Our hope was that a beta release might give us a little feedback to help with our ongoing developing. As it turns out, we received more feedback than we could have ever imagined. Almost overnight, news articles, blog posts and social media started to pop up, fueling the excitement for WSL and helping to drive our development priorities.

To date, it all adds up to almost 32,000 comments from our community on Github alone—with nearly 4,000 issues filed.

Thanks to all of you for joining us on our WSL journey. Your amazing feedback has helped inspire hundreds of fixes and improvements which we’ve detailed in our WSL release notes. For this article, we wanted to bring together a few of the highlights, including the huge improvements we delivered with our recently released WSL 2.

When WSL was shipped with the Windows 10 Anniversary Update (AU), Windows Subsystem for Linux (WSL) was still far from complete. Thanks in large part to input from Windows Insiders, that all changed during the Windows 10 Creators Update (CU) development cycle. Your feedback helped us focus on key issues—and deliver on some top requests along the way:

inotify & filesystem change notification support. A key capability that many developers had been waiting for was “inotify support”. Inotify is a Linux kernel subsystem that acts to extend filesystems to notice changes to the filesystem, and report those changes to applications. One major use is in desktop search utilities, where inotify permits re-indexing of changed files without scanning the filesystem for changes.

Copy and paste arrives for Linux/WSL Consoles. It took us a while to untangle the Console’s internals and implement this highly-requested feature but, eventually, we got it right—and delivered with Windows 10 Insider Preview Build 17643.

Supports for USB Serial comms. We heard from many of you (especially those who work with IoT/embedded/etc. devices that communicate via USB/serial) that WSL was unable to talk to serial comms ports. So, in FCU, we added serial device support, as outlined in the original announcement post.

By the time Insider Preview builds for 19H1 (aka 1903) began rolling out, WSL was fast becoming a day-to-day toolset for developers around the world, making them ever more productive when building, testing, deploying, and managing apps and systems on Windows 10. But we weren’t done yet. Insider feedback continued to inspire even more cool, new features, including:

Linux Files inside of File Explorer. No more losing files or corrupting data when creating and changing Linux files from Windows. Now you access Linux files in a WSL distro from the file explorer in Windows. No wonder this was another one of our top User Voice asks.

More performance! More compatibility! We heard you loud and clear. Our top requests from the WSL community have been to increase the file system performance, and make more apps work inside of WSL. And with the recent release of Windows Subsystem for Linux 2, you can get up to 20x faster performance compared to WSL 1. And now that WSL 2 includes its own Linux kernel, it has full system call compatibility. This introduces a whole new set of apps that you can run inside of WSL, including the Linux version of Docker, as well as FUSE!

As we move on to upcoming Windows 10 Insider Preview builds, you can look forward to even more features, bugfixes, and general updates to WSL 2. For details, check the Windows Insider blog as well as the Command-Line Blog and the WSL Team Blog. If you run into any issues, or have feedback for our team, please file your issue here on our Github. For any general questions about WSL, you can reach our team members here on Twitter. Keep that feedback coming!