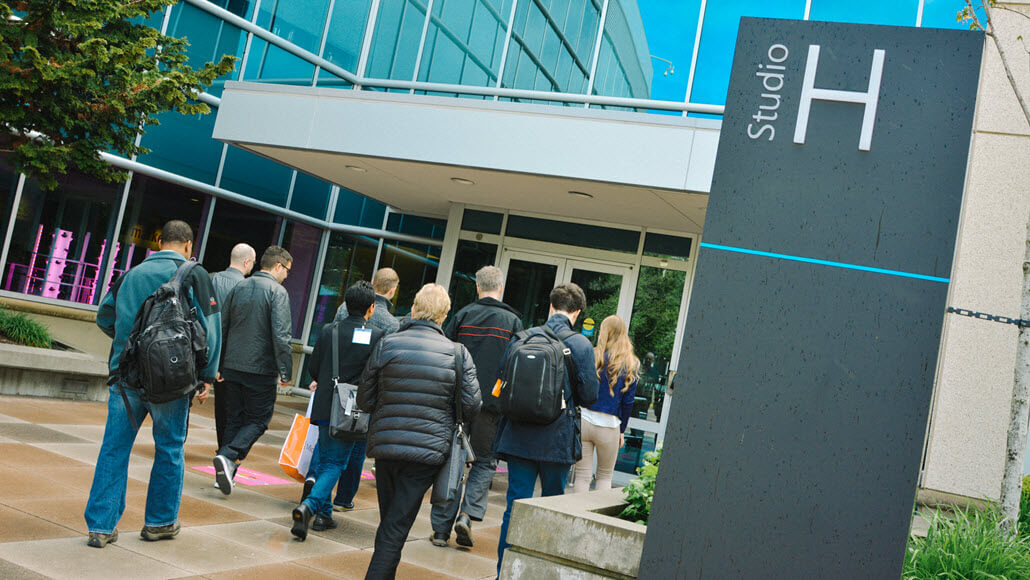 A full-time Windows advocate, a Windows Insider since day 1, and an affectionately, self-described geek are just some of the ways that our biggest fans describe themselves. This fall, we’re bringing nine of them to Microsoft Headquarters as part of our second Insiders2Campus contest. These lucky Windows Insiders will fly to Redmond for an exclusive VIP experience, including tours, sneak peeks, and chats with our executives.

This year’s contest had a special twist. To enter, Windows Insiders participated in a bug bash to help us spot issues in the latest Windows 10 Insider Preview Builds. All Insiders are also invited to participate in bug bashes like these, which happen about twice a year, and by completing quests in the Feedback Hub year-round.

So who are our biggest fans who will fly out to visit Microsoft HQ?

We’ll be welcoming Mustafa Al Ibrahim, a geoscientist currently pursuing his PhD at Stanford. In his contest entry, Mustafa revealed he was applying not for himself, but on behalf of his sister, Zahra Al Ibrahim, who just completed her second year as a computer science major at the University of Calgary with a nearly perfect GPA.

“The thing is that, while she enjoys coding and she likes math and statistics, she still feels that she is not good enough to be in the field. Add to that the fact that her classes are composed of male students, so she doesn’t feel that she is part of the community,” he said. “She has never been exposed to a tech company environment.” We’re excited to welcome them both to campus for a behind-the-scenes look at Microsoft.

We were also fascinated by the passion projects of our winners. Samuele Dassatti is an Italian computer science student, developer, and Windows Insider since day 1 who also joined us on our podcast in May. He developed a digital calendar app called Fluently, which blends Windows Ink and Fluent Design, a request he saw in the Feedback Hub. The Windows Insider community helped Samuele uncover his passion for computer science and gave him the confidence to launch his own IoT startup.

Another winner, Sagun Raj Luge, a web developer in Nepal, is working on creating a search engine that improves the experience of image searches for his fellow Nepalese citizens. Daniel Schnabel de Barros, an app developer in Perth, Australia, has recently been exploring home automation. He feels that he gets to actually bring code to life through his projects like automating lights and doors.

Several winners of Insiders2Campus also showed their love of inspiring others and sharing their knowledge of Windows. “Outside of work, I help in the local community with setups of Windows 10 and training sessions for my friends and family. They all love Windows 10!” said Simon Allison, an IT Team Leader at a local college in the UK.

Thomas Maurer, a Swiss cloud architect focusing on Microsoft technologies also loves sharing this with his community. “I love to teach and show people new tricks in Windows and Windows Server,” he said. “My passion really is to share knowledge about the latest Microsoft technology on my blog, social media, or speaking at conferences.”

Robert Haluska, an educator from Illinois, USA, is the go-to person for friends, family, and students seeking tech advice and troubleshooting. “Being able to talk about what is coming [to Windows] is an awesome experience for many of my students,” Robert said.

We’re also excited to meet Simon Hess, a Systems Engineer at a nursing school in Bern, Switzerland, who is passionate about helping us improve. “I love being able to give feedback about my ideas and to make Windows better for everyone,” he said.

Congratulations again to the winners of the Insiders2Campus contest!