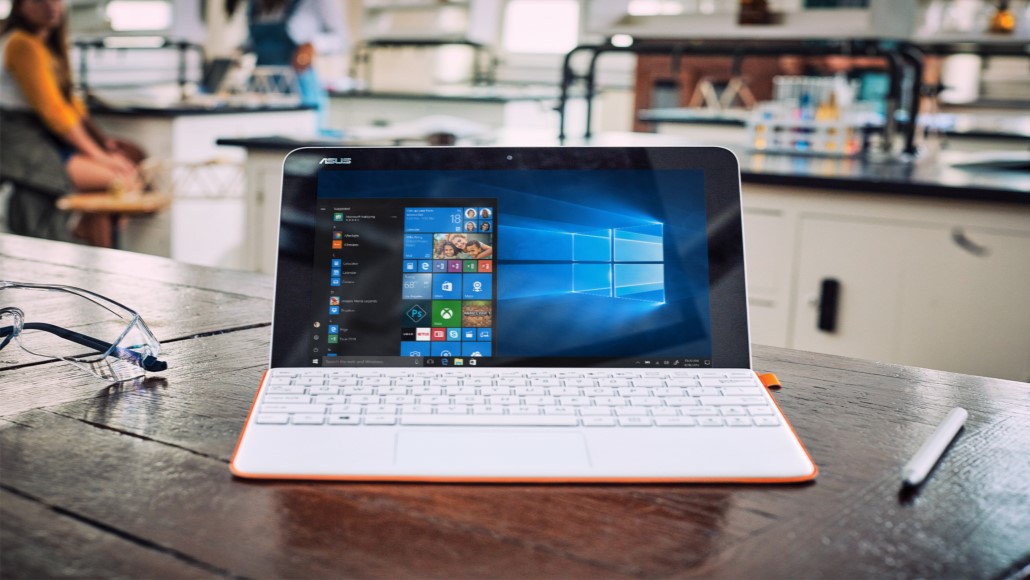 Greetings from Jen Gentleman, Eric Papamarcos, and Rick Duncan of the Windows CoreUX team. Today, we’d like to focus on one of the cornerstones of Windows 10 — the Start menu — and how suggestions from Windows Insiders have helped craft it into what it is today.

The Start menu was introduced in Windows 95, and over time has become one of the most iconic parts of the Windows experience. After years of iterations, improvements, and refinements, there was a bold redesign of Start in Windows 8 which replaced the Start button and menu with a Start screen full of live tiles.

The Start screen provided a more immersive and customizable home for your apps, but people missed the familiar Start menu. So, we took the best of both worlds – the familiarity of the Start menu and the versatility of live tiles – and created the new Start menu in Windows 10.

The new Start menu proved hugely popular, and since then, we’ve been making the Start menu even better with your help.

Insiders weigh in on a new menu design

With the next version of Windows after the initial Windows 10 launch (Windows 10 Anniversary Update), we continued to refine Start with a cleaner design that reduced the amount of clicking and scrolling needed to launch apps.

One of the core objectives of the new design was to simplify tasks. To achieve this, we made two particularly significant changes:

During development, we tried something that we’d never done before: we shared our designs and thoughts with Windows Insider even before they were available to try out in an Insider Preview build. We packaged them up as a “Quest” in the Feedback Hub and asked one, simple question: “What do you think of our new Start menu design?” 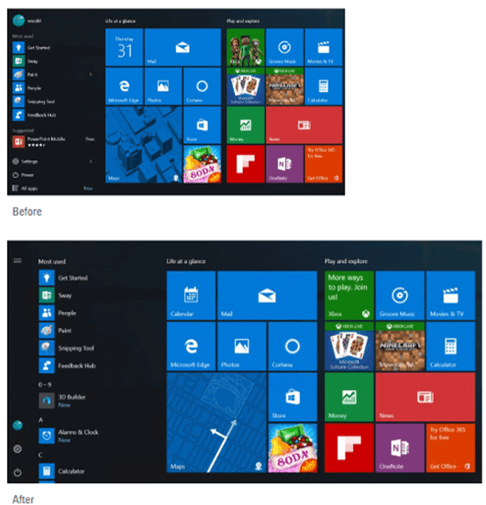 But our work for Start in the next version of Windows 10 wasn’t done quite yet. Suggestions from Insiders continue to pour into the Feedback Hub and we made some other adjustments along the way, including:

We showcased these and other improvements to Insiders in builds like Insider Preview build 16215.  (Check out the icons below) 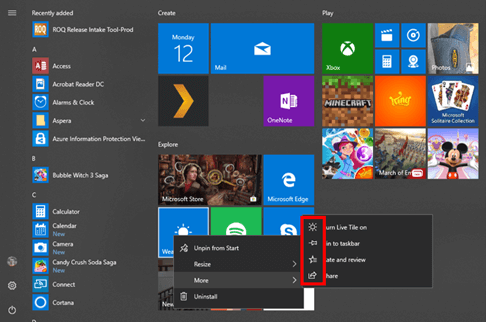 As we rolled into the next wave of Windows Insider Preview builds, feedback from Insiders continued to inspire another wave of improvements. Here are a few recent highlights:

Of course, our story doesn’t end here. Please keep your feedback coming so that we can continue to improve the Start menu together in future releases of Windows!