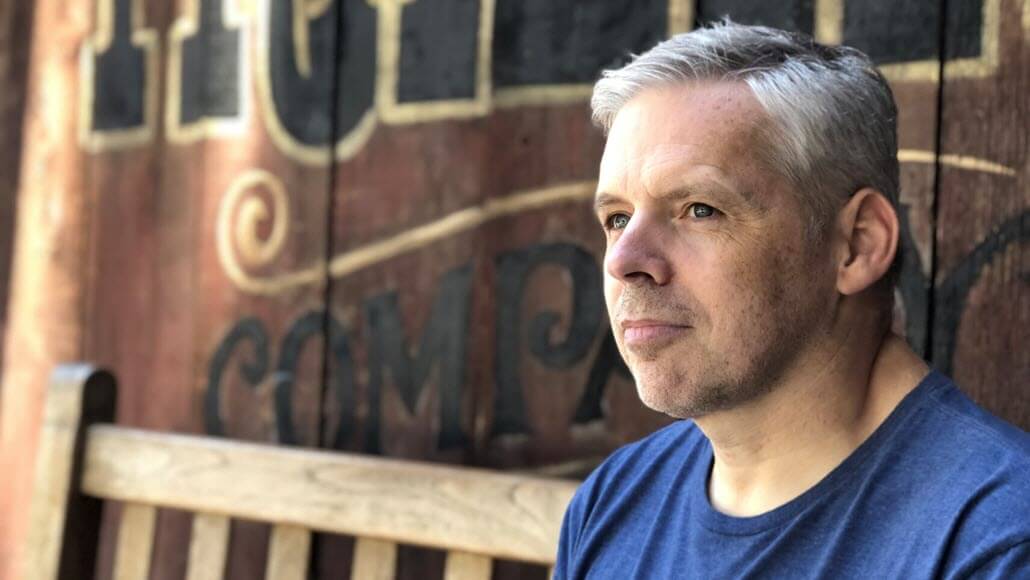 How can today’s tech work to better support police officers in the field and improve public safety? That’s the question that led Eric Wood, the technology manager for the Chula Vista Police Department, to play a key role in helping the entire state of California’s police departments make the leap to the cloud.

Three years ago, Eric was a Microsoft employee developing solutions for Fortune 100 businesses. He traveled across the U.S. to work with clients and served on a team that helped validate what was needed to create Windows 10. But after 15 years of being mostly on the road, he decided to make a career change, so that he could be at home with his family every night.

Wanting to help his community, he found himself in a technology manager role, one of just two full-time employees dedicated to IT, for a 400-person police department.

“My work has been focused on modernization—everything from the ground and network up,” Eric said. He stresses that his goal is not to use technology just for technology’s sake, but to give police officers the modern tools they need for public safety missions and to respond quickly to the many situations they see in the field. The power of tech often comes down to getting the right information to police officers at the moment that they need it.

When responding to a call, police officers often have a small window of time to act by law in the U.S. Eric explained that “Priority 1” calls are situations that involve a life-threatening injury, which give officers six minutes to respond. “Priority 2” calls are emergencies with an active, dangerous situation, such as domestic violence, and officers have 12 minutes to respond.

“In that short amount of time, how much relevant and accurate information you can get to that officer can have a big impact on how they engage with the subject once they are on the scene,” he said. “For example, has the subject had any history of violence? Are there any mental issues? Is he involved with another criminal case? This information can help the officer respond appropriately and also, protect the officer’s life.”

Eric’s journey to modernize his department led him all the way to the halls of the California Department of Justice (CA DOJ), where the Chula Vista Police Department paved the way for all other state police departments to start using Office 365 and Azure services in the Government Cloud.

“Coming from Microsoft, my first thought on the job was, ‘Why are we spending so much time installing things like the most current Office when we could go to Office 365?’” Eric said. “I mentioned it to a team of peers from other agencies. They basically laughed at me and said, ‘You don’t understand.’”

His coworkers told him that the CA DOJ had not approved Office or cloud solutions for storing criminal justice data, and there was no process for getting it approved. Even much larger agencies, like the LAPD, hadn’t been able to request it.

But the barriers didn’t make sense to Eric. “I already knew about Microsoft’s great work with DoD and Cloud Solutions for government, so I knew that these solutions would suit their requirements and security needs,” he said.

Eric decided to reach out to his contacts at Microsoft. Together, they worked with the CA DOJ over eight months to bring stakeholders up to speed on Azure Cloud and how secure it was. Eric and his team worked with the state to explain why its current requirements, like antivirus clients installed on smartphones, were antiquated. By the end of the process, they developed a modern set of security requirements and responsibilities that made the most of the latest technology.

“We satisfied the CA DOJ’s checklist, and they were able to approve us as the first agency in the State of California for storing criminal justice information in the cloud,” Eric said. “We were essentially the first one that paved the road and the steps of the process that all other law enforcement agencies in California can now follow.”

From smartphones to cloud-based information management, Eric believes law enforcement is in the early stages of a technology transformation. Change is coming slowly, because many, if not most departments still don’t have funding to hire their own IT staff or equip their officers with modern technology.

“Processes in the industry are still very analog, by many respects,” Eric said. “Let’s say an officer is talking with a subject in a field interview. The prevalent scenario is they’re scribbling in a little pocket notebook with pen and paper. Then they go back to their car and radio it in. Someone else puts in the query, and the officer waits for a response to determine if the subject has an arrest warrant or other important information.”

Eric believes that with better tools, perhaps a smartphone or tablet that mirrors the officer’s computer at the station, officers can be more productive. “The faster you can get information to them, the more time they can spend talking to citizens and being available to the community, and not head down in the vehicle or back at the station,” he said.

Using technology in criminal justice is especially challenging. It isn’t as simple as downloading an app or buying devices, which Eric says are usually two or three times more expensive than consumer devices. With a small team and resources, tools have to be efficient and practical. Eric is always talking to officers to get feedback about what they need and what doesn’t work in the field.

“I have to focus on how they are actually going to use the tech,” Eric said. “If I’m putting a lot of pop-ups and widgets, and the technology becomes noisy for them or attention-grabbing, I’m increasing the risk on their lives. They need to be looking at people and incidents rather than having technology that dictates their attention.”

Eric points out that tech, like social media, could also help open up direct lines of communication between police and their communities to build trust. What if issues that don’t need an immediate response, like vandalism or a broken streetlight, could be reported through an online system tied to their database?

“Of course, this is my perspective as an IT person,” Eric said. “Officers in the field may have different ideas about what works best.” He hopes that in the future, more IT pros in the law enforcement industry will focus on working with modern technology like Windows 10 and Azure Cloud to create a more agile tech environment.

Most importantly, Eric sees his role as supporting the everyday heroes in his life. “I am humbled by the people who do the job of police work,” he said. “They take a tremendous amount of personal risk on themselves and their families—for often insufficient pay and without the informational tools they need to be effective in the moment. I work with some amazing people.”