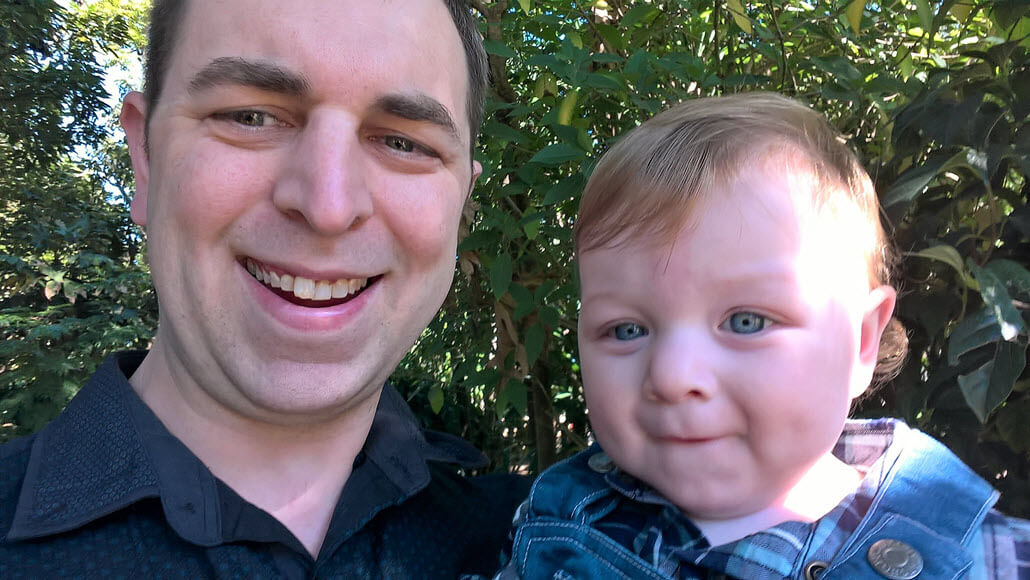 As an IT professional, Mark Szili helps support Windows 10 on 35,000 desktops for the State Government of Victoria, Australia. He’s also living with attention deficit hyperactivity disorder (ADHD) and is passionate about advocating for better education and technology tools through the group he co-founded, ADHD Melbourne.

“One of the biggest myths about ADHD is that it’s a deficit of attention,” Mark said. “It’s actually a deficit of the ability to regulate your attention. I have what’s known as combined ADHD, which means I can have symptoms of inattention, impulsive behavior, and hyperactivity, and the regulations of all these can swing from 0 to 15.”

For Mark, many of the things about his job that are challenging are tied to ADHD’s effect on working memory, or the parts of short-term memory related to processing or attention. “It takes me a lot longer to learn things, just because my working memory isn’t there. I have to do things repetitively, many, many more times than a lot of people would have to,
in order to master a skill. I work a lot better when I have written, step-by-step instructions in front of me,” he said. “But I’m quite passionate about overcoming the challenges that come with ADHD.”

Along with treatment for his ADHD, Mark has developed a set of habits and made the most of tech tools to support his work as an IT Pro. One key habit that helps him is using OneNote and Visio to carefully document processes and workflows. “Documenting like this allows me to go back and reference that for myself, but quite often it will end up benefiting other people too, because I can publish that into our knowledge base at work,” he said.

Mark also faces unique challenges when it comes to using technology, and he became a Windows Insider specifically to give us feedback about improving accessibility for users with ADHD.

Mark and his organization are also advocating for changes in how education and tech certification exams are designed for people with ADHD. “A lot of educational institutes throughout the world seem to remain focused on memory-based examinations, which are very difficult for us to overcome,” he said. “However, with reference material in front of us, it’s just enough to help jog our memory.”

According to NAMI, 8.8% of children and 4.4% of adults around the world are estimated to have ADHD. Many adults also don’t realize they have ADHD, which can be tied to other conditions, like depression and anxiety. Mark has been inspired by the Windows Insider community, including Dona Sarkar’s books, to consider how telling his story could help others.

Through ADHD Melbourne and sharing his experience as an IT pro living with ADHD, Mark is increasing awareness and encouraging people to get treatment. He feels that people with ADHD can lead productive, fulfilling lives. “I’ve met hundreds, if not thousands of people now, across the world, that have the same condition as me,” Mark said. “I’m just trying to get the message out there that ADHD is a real thing. And there is help.”