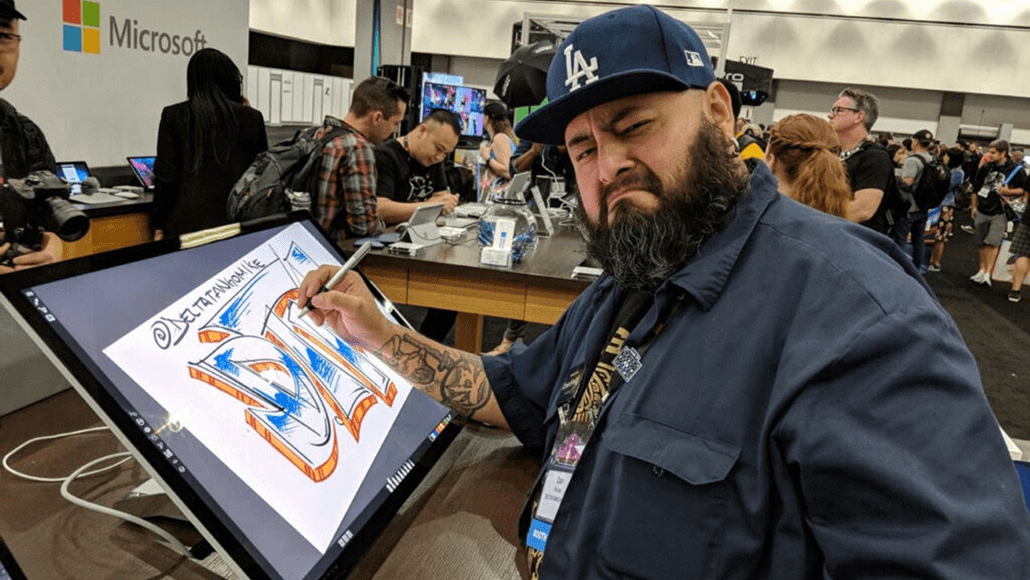 Dan Flores made his first mark on Atlanta around 1995, when a friend suggested he show his art portfolio to a tattoo shop owner and see about getting a job. After serving in the U.S. Marines for four years, Dan had been dishwashing and driving a forklift, but had never inked a tattoo in his life. He had, however, been putting pen to paper and making art since as long as he could remember. He sketched a sample logo for the shop owner, got his first tattoo, and landed a job as an apprentice.

Fast forward to today and Dan has a thriving career as a painter, illustrator, and graphic designer, producing everything from large-scale paintings to comic books and graphic novels. He’ll still ink the occasional tattoo for friends, but chooses now to focus solely on the art that he personally wants to create. Equipped wherever he goes with his Surface Pro and Surface Pen, Dan sees technology as playing an important role in his success—both with creating digital art and keeping the business side of things smoothly humming. For many artists, he’s reached the equivalent of the Holy Grail: he’s a working artist passionate about his practice.

“People say ‘starving artist,’ like somehow you should suffer for the right to live your life doing the thing that you like to do,” Dan says. “And to some extent, that’s the trade-off that we’re all willing to make. But it doesn’t have to be that way, because there’s so much commerce already based on art.” 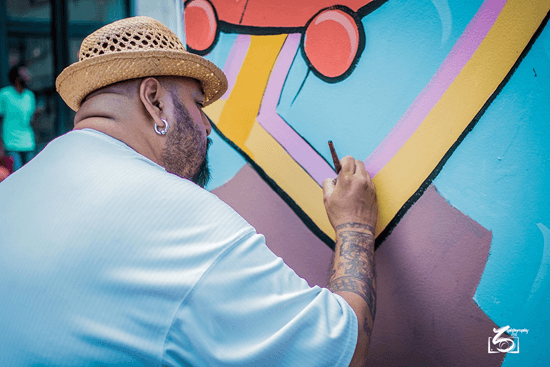 As a way to give back to the community that nurtured him as a young artist, Dan started a nonprofit called Art Is King. “Our focus is to help emerging artists connect their talents to the art business,” Dan says. “We help them learn a process that allows them to talk about their work to clients and set a fair price before agreeing to do any work. So that at the end of the day, the artist has provided a service and they’ve gotten paid for their work, and it’s a good, happy exchange with the client and a great relationship.”

A Windows Insider, Dan recently won the Insiders In Action: Giving Back Contest for his dedication to making a difference. Art is King hosts free meetups and a 6-month program covering a range of practical topics, including soft skills, business skills, and how artists can leverage technology to boost their careers. Dan emphasizes that having a digital portfolio—even something as simple as an Instagram account—is a basic must for promoting and archiving work. Other tech tools like OneNote and OneDrive are essential for staying organized and capturing and processing ideas on the go.

“I try to show my mentees and interns how technology can make your life easier,” Dan says. “Because everybody has a smartphone—you’re walking around with a computer in your hand—you have tools that can make it easy for you to structure your information so that others can work with you, collaborate, follow through, etc.”

“I always have my Surface Pro with me, because having a full, real computer and a drawing tablet, puts together both sides of the business: the creative side and the business side. Being organized is a big, big deal for me. And I learned this from my wife. I was organized before, but she’s a real analytical person. The calendar is number one. If you don’t know what you’re doing tomorrow, then you’re not taking care of your life the way you should.”

“Not everybody’s the same. But I share those resources, I share my methods, and then I ask the artists I work with to put it into practice whichever way works for them.” 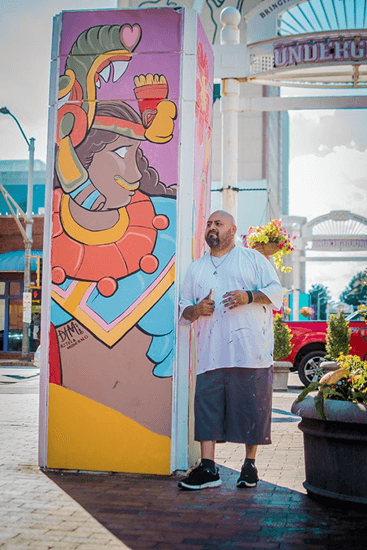 Continuing his mission of “boosting a robust, successful, and thriving arts community,” Dan recently led the creation of the Azteca Moderno mural, a collaborative art installation that serves as part of a revitalization initiative for downtown Atlanta.

“Atlanta is a city of diversity and inclusion,” Dan wrote recently in his blog, describing how he was inspired by his Chicano heritage to reinterpret Aztec myth into a story for the present day. “The Mexican and LatinX population have steadily grown from the Buford Hwy Corridor to south of Hartsfield Airport—proof that given a chance, our cultures can thrive together in harmony.”

“The Aztec characters have creative tools like pencils, pens and markers instead of weapons. We are in charge of creating our futures now.”

Editor’s Note: Daniel “DTM” Flores was the winner of the Windows Insiders In Action: Giving Back contest. He is a Mexican-American (Chicano) working artist with a 20-year career in digital and traditional arts and a founding member of the non-profit organization Art Is King. You might also recognize Dan from an episode of The Walking Dead on AMC and other movies and TV shows where he’s been featured as, in his words, “a mean looking dude.” Connect with him at @DeltaTangoMike on Instagram or check out the YouTube channel of Art is King, for more on boosting the business side of art.

Check out this time-lapse video set to music of Daniel creating art.