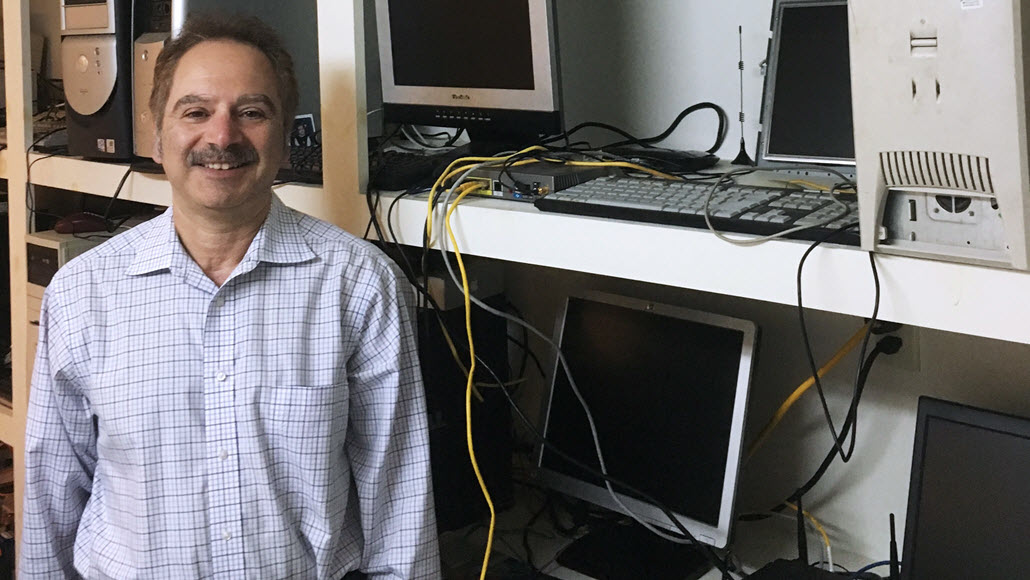 When Basilio Kalpakian spots an old PC on the side of the road, he knows he’s struck gold. A self-described tinkerer, Basilio is an eye surgeon by day and a computer surgeon by night. His hobby and passion is bringing old PCs back to life and loading them up with Windows 10.

Each unit he finds is an opportunity to battle how quickly technology becomes obsolete. “What is interesting with Windows 10, is that it’s amazing how far you can go with the hardware that you have,” Basilio said. “I have computers that are running Windows 10, and they’re from 2004 or so.”

His projects usually need a good cleaning, then Basilio starts by opening up the panel and seeing what he has to work with. He’ll often upgrade the hard drive or memory and replace a few components. “Sometimes, you have to have a modern video card to make these things work better, so I’ll place that in the computer box as well,” he said.

“Also, some central processing units (CPUs) aren’t NX bit enabled, and so I have to upgrade the CPU. I’ll take off the fan, take out the old CPU, put the compatible CPU in, and boom, behold, an old, 14-year-old computer comes back to life with Windows 10.”

Basilio enjoys how flexible Windows is, which is what makes bringing these old PCs back to life possible to begin with. Of course, some very old PCs aren’t able to run Windows 10 because of hardware compatibility issues. But never afraid of a challenge, Basilio has loaded them with older versions of Windows that are still supported, like Windows 8, 8.1, or 7.

What does he do with the PCs once they’re ready to work again? He likes to donate them to community members in need.

“Why have another computer go unused, when you can donate it to someone who can’t afford one?” Basilio said.

He once gave a friend’s daughter her first computer, a laptop he’d rescued from ending up in the trash. That computer sparked a love of technology that she, now in high school, still talks about to this day. “When someone—for example, a child in school—receives their first computer, their eyes light up. I think it means a lot to them,” he said.

“Of course, an older computer is not going to be anywhere near as fast as the new ones out there,” Basilio said. “But it’s so exciting to bring them back and to explore what’s possible.”