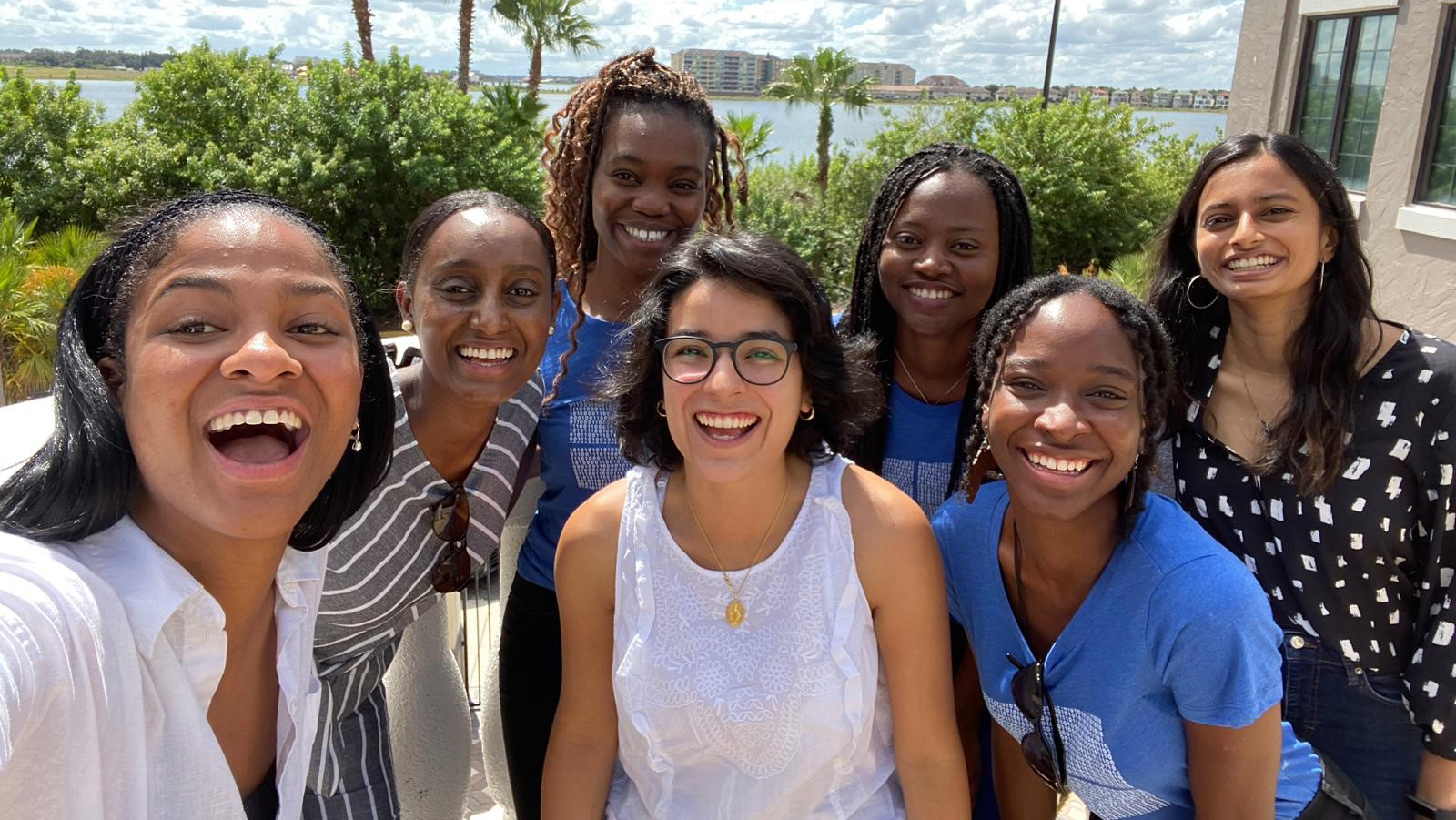 Juleen Kristina Gentles, one of the Windows Insider Program’s 2019 Grace Hopper Awardees, has big plans for the future of Jamaica and the Caribbean region. She dreams of helping the area develop a startup culture, improve agriculture through technology, and empower girls and women to revolutionize the technology industry.

Not only that, she has the skills to achieve it.

Juleen has always been interested in technology. “Whenever I tell this story, I always include my father,” she said. “He loved his gadgets, and growing up, I always saw him as tech-savvy. So, I think that curiosity, I probably inherited it.”

From a young age, she gravitated towards the subjects in school that dealt with tech. “When I was in sixth form, which is the equivalent of around twelfth grade in the U.S., we have a regional examination… it’s the equivalent of like AP exams,” she said. “I just loved the subject IT, and I placed second in the Caribbean region in that examination.”

Realizing she had both passion and talent, Juleen decided to pursue a future in technology. She’s now a senior at the University of Technology, Jamaica working towards a Bachelor of Science in computing with a truly impressive resume.

As a sophomore, she and a team of students from her university entered a hackathon, because they loved tech and problem solving. They won the Caribbean round and were sponsored to compete internationally in Switzerland. “We said, ‘No matter what happens when we travel abroad to compete, we’re just really happy to be here and really happy to represent our country.’ And then winning internationally was just the icing on the cake,” she said.

Other highlights for her have included visiting a Fortune 500 tech company in China, presenting on women in STEM at a UN meeting, and winning this year’s Grace Hopper Award. “Winning the Windows Insider Program Grace Hopper Award… it almost validated everything I was doing and all the work that I had done prior,” she said.

Attending the Grace Hopper Celebration also gave Juleen a chance to connect with our other winners and get paired with mentors at Microsoft. “We had different heritages and different backgrounds, but we were all connected on that common thing, which was that we really wanted to change the shape and the future of technology,” she said.

Knowing she now has mentors to turn to at Microsoft for advice and collaboration was also one of the biggest benefits of the event for her. “It’s so comforting to know that there’s someone that I can call on, someone who has likely been through the things that I’m going through now,” she said.

Now, Juleen is focused on tackling the challenges of underdevelopment in Jamaica and the Caribbean region with technology. “We have some issues in our agriculture sector which include, just for example, our farmers not being able to hear timely information and pertinent information from our agricultural agencies. Our transportation system is not very organized and [as] seamless as it could be,” she said. “Another thing is digital literacy, so ordinary people aren’t being introduced to technology or technological concepts early enough in their schooling.”

She believes that improving education and developing a startup culture can help their region start to address these barriers. “I definitely want to be someone who can help shift and foster and grow our startup state… because the talent is here,” she said. “It’s not just the technology that’s going to solve the problems, but it’s a pairing of the technology with the hands of [people] who are passionate about really making that change.”

Through these efforts, Juleen also hopes to serve as an example for Jamaican girls of what they can achieve through STEM fields. “I’m a part of a movement here back home called Caribbean Girls Hack,” she said. “It’s a movement that really fosters and encourages Caribbean girls to get involved in tech and to just be the future of their communities through contributing through technology.”

She believes that making technology more accessible and inclusive in the future depends on more communities getting involved, including women. “I think as a woman, it’s hard for us to be served and to be considered if we’re not actively involved in that development process,” she said. “If we want solutions that solve all problems, and we want solutions that really serve all communities, then all communities really need to be involved.”

For Juleen, being a Windows Insider just seemed like a logical next step in her journey. “Windows is just such an important part of how people live productive lives and do their work, so it’s almost a no-brainer to be a part of a community that really shapes the future of the operating system,” she said.

One thing is certain, Juleen’s passion for her communities will drive her future accomplishments in technology. “I think what would set me apart would just be my genuine love for humanity and love for my people,” she said. “It’s just really a force to be reckoned with in terms of what I’ll be able to accomplish and what changes I’ll be able to make.”