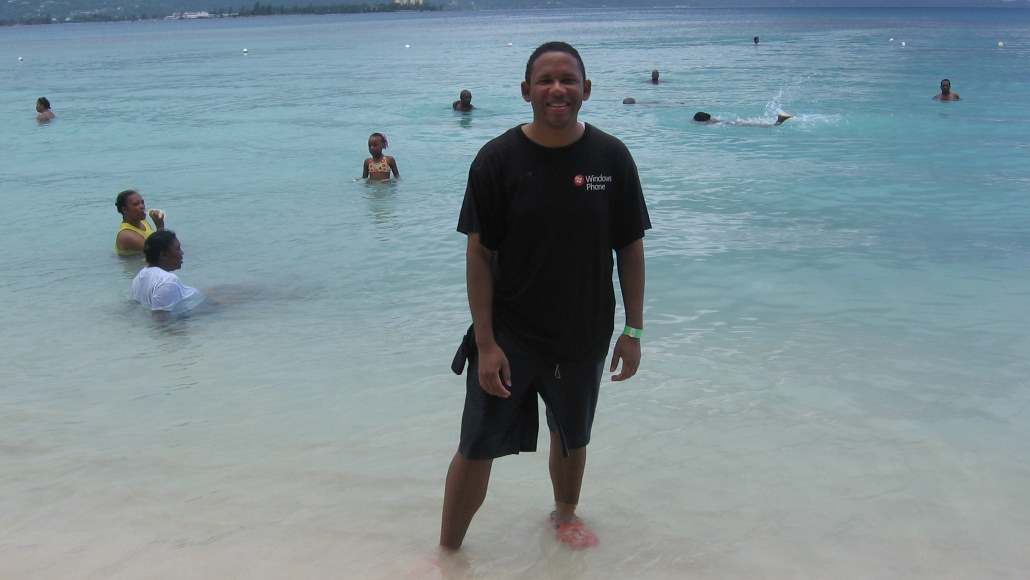 It takes dedication and true passion to become a Microsoft MVP — even more so if you live in a context where technology and internet access can be scarce. Andre Da Costa, the one and only MVP in Jamaica, describes himself as a “technological late bloomer.”

The day he’ll always remember: When his mother brought home his first computer, a Zenith GT workstation with MS-DOS and Lotus Word Pro, back in 2001. He was in high school, and that same week, Andre was thrilled to track down a copy of Windows 98.

“I never felt like I missed out on anything though,” Andre says. “Instead, living in the countryside without internet gave me this drive to want to learn more and share more.”

He was fascinated by the potential of computing and quickly became the go-to person for computer help among family and friends. He recalls showing his brother how to type a document for the first time. In college, his peers gave him a nickname that was hard to shake: “Windows.”

“It was embarrassing, but also flattering,” he laughs. “I realized that I had a gift and a passion for helping people understand and maximize technology.”

Today, Andre works as a full-time blogger for the tech site groovypost.com, and he still answers at least one question on the Microsoft forums every single day. He now has 3G internet, but still carries his entire desktop to the nearest internet cafe to test the latest Windows 10 builds. 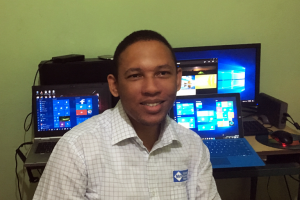 “Millions of people are actually having a real impact on Windows and making it better every day,” he says. “It’s so much more than getting the latest build — you’re shaping a product that really improves lives and communities, both online and off.”

Making a positive impact is a big driver for Andre. During the 2015 MVP Summit, he participated in the Seattle Geek Give where he worked alongside fellow MVPs to give back to the community — this time without using a single computer.

“We used only hands, hearts, ponchos and buckets,” Andre says. “We travelled to the Oxbox farm and dug for stubborn parsnips and beet roots that would go in produce boxes for people in need. The cold weather and muddy environment certainly made it unforgettable, but knowing we were helping to feed families kept us warm and motivated.”

To date, Andre has authored more than 50,000 forum posts and has garnered more than 11 million views on his Wiki articles within the Microsoft Community. But the impressive stats are less about bragging rights and more about simply knowing that he’s made a difference in someone’s life.

“I can see that what I’m doing is actually reaching someone and helping many users out there,” he says.

Put in those terms, you might say that every bit of feedback and helpful answer on a forum is its own small act of heroism. So who are Andre’s heroes?

“Personally, my mother is probably the biggest motivator in my life,” he says. “She’s always encouraged me and said, ‘Do what you love and make the best of it. Do something that you can be really proud of.’”