About two years ago, one of the members of the Windows Insider Program team, Vivek,  gathered  a crew of his Microsoft tech enthusiast friends and decided to make a feature film using Microsoft product—and run as a scrappy startup with very little funding.  On April 12, their movie, VellaiPookal – Dandelion had its world-premiere showing at the Cinemark Lincoln Square in Bellevue, Washington. We LOVED attending the premiere, mingling with the movie stars and of course, seeing the movie—it has an intriguing plotline and a crazy series of twists that kept us all guessing. The movie was in Tamil with English sub-titles and Vivek challenged us to find the six bugs that existed in the subtitles—so very Insider!

VellaiPookal will be releasing in theatres in many cities this week. Is it showing near you? If we haven’t convinced you to watch it, the trailer definitely will!

Read on to find out how they made this movie while working full-time tech jobs. 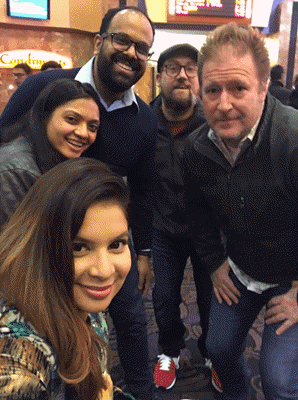 Us with the Director, Vivek Elangovan (middle)

We know that the first step to making a movie is actually finding others to do the various jobs. The team used Office 365 Exchange and Outlook for all email communications and Skype to communicate with their distributed team—including convincing three movie stars from India to star in the movie! These tools allowed them to communicate in both a sync and async way to account for time zones.

Once they gathered the crew together, they started using, yep, OneNote for all the planning activities for the script, the production, direction and camera work.

Once they realized they had a TON of inventory, they used Excel to track all of their equipment as well as their progress. It became the primary tool they used to track their expenses—just like all of us! 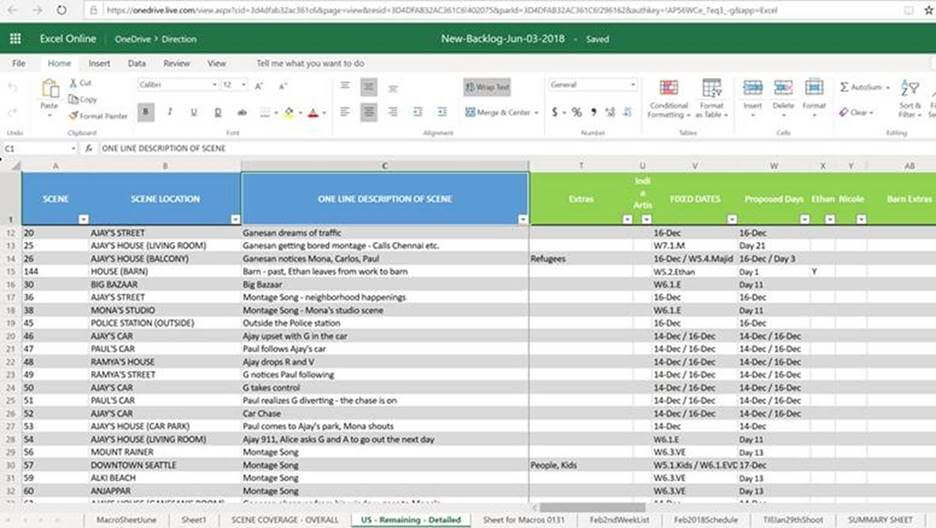 Once they started shooting, they needed to stash the footage somewhere so everyone could access it. OneDrive to the rescue! OneDrive was heavily used for storing and sharing lots of documents, images and movie stills in real time amongst the cast and crew.

Once the team realized they were ready to go to market, they used PowerPoint for promotion and marketing planning. 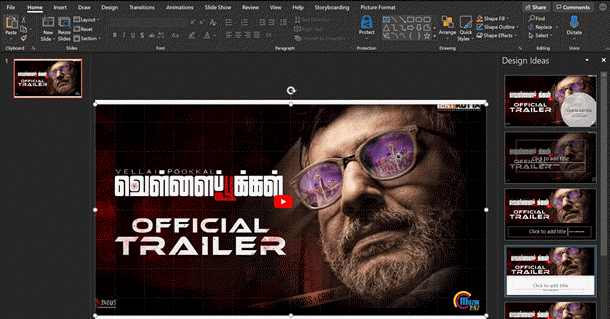 What kinds of machines did this whole operation run on? Surface devices, of course.

Wow, these people are really organized!

Well…this isn’t their first rodeo. Indus Creations is a Media/Performance arts group based out of Seattle. They were created in 2005 by a group of software engineers from Microsoft who were passionate about the performance arts.

Thanks to the patronage from locals and generous volunteer hour matching from Microsoft, Indus has collectively raised over $300K for various charity organizations. The team has produced more than 10 major theater shows and numerous short films, some of which have been screened in film festivals around the world. “Navam” won the best film award at Bay Area Film Association short film competition and “Odam” won numerous international Film Festival awards.

After the experience gained from theater and short films, the group set out on a moonshot to make a full-length feature film which is now ready for the world-wide premiere. This was possible only because of Microsoft’s core culture of empowering every employee to follow their passion and contribute to the community. They learned that like software development, filmmaking is a serious business, involving a big crew, cast, funding, planning and collaboration. Microsoft tech enabled Indus to reimagine the creative process of movie making. A 100+ member crew used Microsoft technologies to communicate, collaborate and create this feature film. They cannot imagine being able to achieve our potential without Microsoft.